1879
Born on 14th March in Ulm, Germany. His father, Hermann Einstein dealt with feather trade, and later, he opened an electrochemical workshop.

1902
Became a patent inspector in the Swiss Patent Office in Bern.

1905
The Annus Mirabilis, the Miraculous Year when he published four papers, three of which deserved the Nobel Prize.

1909
Was invited to be a professor at Zurich University.

1921
Received the Nobel Prize in physics “…especially for his discovery of the law of the photoelectric effect.”

1914-1933
Worked as the director of Kaiser Wilhelm Institute. He developed many of his groundbreaking theories in this period.

1932
Decided to move to the United States in December.

1939
Encouraged by Leó Szilárd, he sent a letter to the president of the United States, calling his attention to the threats of German nuclear bomb development.

1940
Became an American citizen but he also kept his Swiss citizenship.

1955
Died in his sleep on 18th April in a hospital in Princeton.

He learnt to speak slowly, and showed slight symptoms of autism or Asperger syndrome?

According to certain researchers, he showed the symptoms of Asperger Syndrome, a slight form of autism: very strong demand for organization and low motivation for empathy. The extraordinary talent of people suffering from this in drawing, mathematics or music is due especially to their strong demand for organization and this could be the case with Einstein, too, according to Simon Baron Cohen, professor of Cambridge University. Nevertheless, he admits: there is no evidence that these symptoms were present in Einstein for longer periods since friends, communication and social life were important for him when he was a teenager. 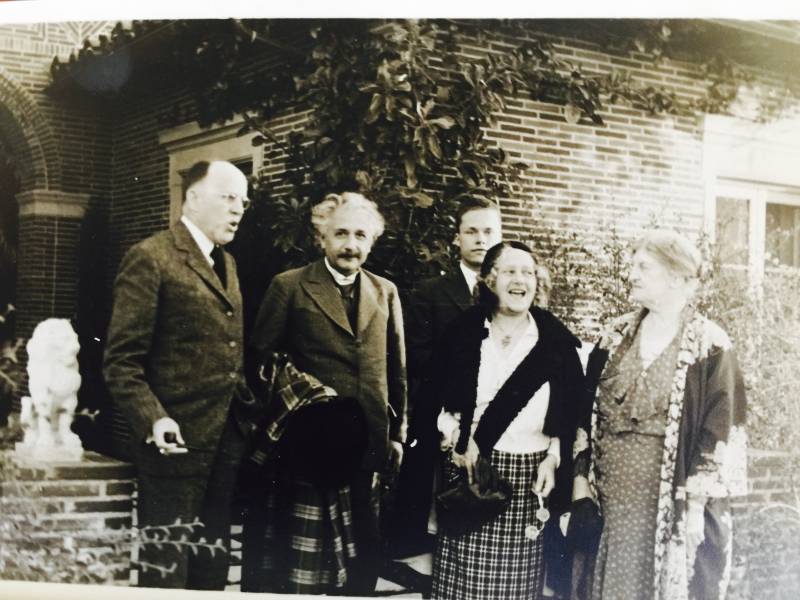 The general relativity theory also has a practical application?

One theorem of the general relativity theory is that time lasts in a different way in case of objects moving in the field of gravity. GPS satellites measure the time during which the signal is transmitted from the satellite to the receiver and the distance between the satellite and the receiver can be calculated from this (the signals from three different satellites are required for positioning). Time is measured by accurate nuclear clocks, however, these move in the field of gravity of the Earth and if the above effect – arising from the general relativity theory – is ignored, then even tens of kilometers may be mistaken in the measurement.

Yoda and E.T. were modelled after him?

Yes, or after him as well. The appearance of Yoda was probably modelled by the make-up artist after himself, but his eyes and the wrinkles around the eyes were borrowed from Einstein to suggest wisdom. Just as in the case of E.T., when Steven Spielberg asked the designer to take ideas from the appearance of the scientist for the creature.

Really did fail in mathematics?

No. Although he did not manage to achieve the required level at the entry test for the Zurich Technical College, he had outstanding results in mathematics and physics. One year later, he was admitted upon the recommendation of physics professor Heinrich Weber. According to his autobiography, he learned the basic principles of differential and integral calculation at the age of 12-16. As he wrote, he rather started to deal with physics “…because I realized that mathematics is divided into many special fields, each of which is so extensive that studying them may require all our short lives”. 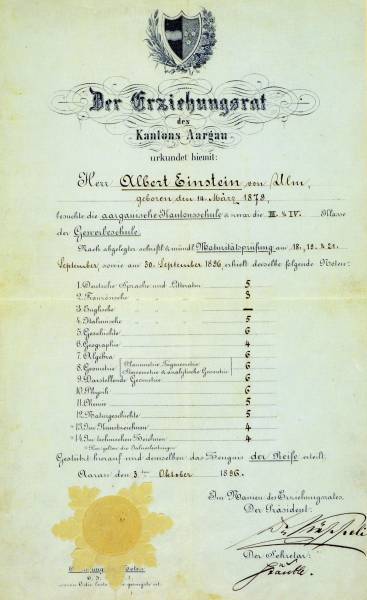 He worked together with Hungarians?

Amongst others, he worked with mathematician János Kemény, the developer of BASIC programming language, mathematician and physician Kornél Láncos (to whom he wrote in a letter: “You are the only person I know who has the same approach to physics as I do…”), physicists Nándor Balázs and Leó Szilárd, who was Einstein’s student and whom they patented a special fridge with (and Einstein was encouraged by Szilárd to write his letter sent to Roosevelt about the necessity of developing the nuclear bomb). 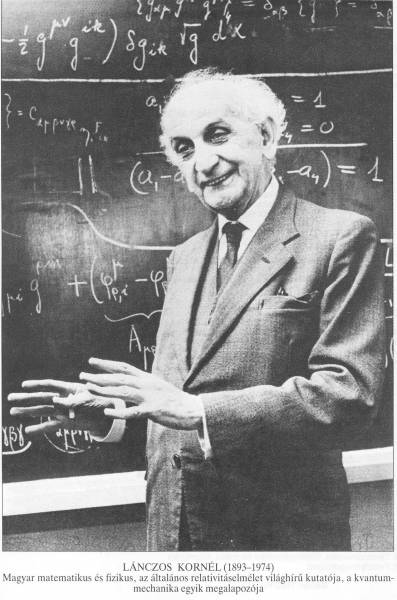 Explanation of the Brown motion

Einstein looked for facts which most certainly probe the existence of finite sized atoms. Although he had heard that the Brown motion had been observed earlier, he thought that microscopic particles floating in fluid or gas are pushed by the molecules of the gas or fluid due to their heat movement without a system. (The particles of pollen floating on the surface of fluid or the particles of dust or soot floating in air are very suitable for observing this.) He developed the theory of this motion, the Law of Brown Motion and the correspondence of this with the experiences convinced many sceptics of the time about the existence of atoms.

Explanation of the photo electronic phenomenon

The photo electronic effect is the following phenomenon: if the surface of a metal is lit by visible or ultra-violet light, then electrons are emitted from the metal but only if the frequency of the light exceeds a certain threshold value. The experimental result that the energy of electrons emitted this way does not depend on the strength of the light but the color of the illumination, i.e. the frequency of the light shone on the metal is from 1902. If the same frequency but stronger (higher intensity) light is used, then the energy of the electrons emitted by the metal remains unaltered only the number of electrons emitted will increase. To explain this, Einstein came up with the idea of the light quantum – and in the explanation of the law of black-body radiation, Max Planck already assumed that light energy can only be absorbed or radiated in specific units, so called quanta. Einstein showed that if light can really be absorbed only in such quanta (the energy of these depends on the frequency – color – of the light), then this explains why the photo electronic phenomenon occurs only above a certain frequency since the electron can only be emitted from the surface of the metal if a photon (light quantum) gives it higher energy than the energy required for emission. The intensity of light only affects the number of electrons emitted.

The fourth paper “Does the Inertia of a Body Depend Upon Its Energy Content?”, which was published in late 1905, presented a new consequence of the relativity axiom, the famous equation that the rest energy of the body (E) equals the product of the mass thereof (m) and the speed of light squared (c): E = mc² (mass-energy equivalence). This “rest energy” is different from motion and potential energy. Most scientists thought that this was only a specialty until the 1930’s. The release of huge energy in the nuclear power plant and the nuclear plant bomb by the nuclear fission is explained by the mass-energy equivalence. If the mass of a nucleus is measured, we experience that it is smaller than the amount of the mass of the particles constituting it. The missing mass is transformed into energy when the nucleus is created and if we want to divide the nucleus into its elements, then we must transmit this amount of energy. This so-called binding energy keeps the nucleons (protons and neutrons) constituting the nucleus. Binding energy is the greatest in the nucleus of iron which means that if the nucleus of an element heavier than iron is broken then energy is released. This is nuclear fission; this process releases huge energy in nuclear power plants and the nuclear bomb. Similarly, energy is released if nuclei lighter than iron are united. Heat in the Sun is produced by the fusion if hydrogen nuclei into helium nuclei (nuclear fusion) and the huge amount of energy is also released this way by the explosion of the hydrogen bomb.

Encouraged by Leó Szilárd, Einstein sent a letter (essentially composed by Szilárd) to the president of the United States on 2nd August 1939 with the warning that not only American scientists Fermi and Szilárd’s, but French researcher Joliot Curie’s work also concluded that a nuclear chain reaction may be started by high mass uranium and this releases huge amount of energy. This new phenomenon also allow for the production of a new type of bomb with huge explosive power. Therefore, he thought it was necessary to build a constant connection between the administration and the scientists researching the chain reaction. In order to accelerate the work, he thought it was necessary to provide financial support to the research related to the chain reaction, especially in the light of the fact that Germany stopped selling uranium ore from the mines in Czechoslovakia, and the son of German Minister of Foreign Affairs von Weizsäcker worked in the research institute where they were just about to repeat the American work related to uranium. Later, he told Linus Pauling that he had made a mistake when he signed the letter, but it was somewhat verified by the threat that the Germans would be first to produce a nuclear bomb.