1894
He was born on July 1st in the Jewish quarter of Odessa, called Moldavanka.

1911
He passed his final exams and continues his studies at the College of Finances and Commerce in Kiev.

1913
His first writing was published in the weekly magazine Ognyi titled The Old Slojme.

1916
He went to St. Petersburg to meet Maxim Gorky who became his patron and he published two of his short stories in his magazine called Chronicle.

1918
He worked as a journalist for Gorky’s Menshevik paper called New Life until July when Lenin closed down the newspaper.

1919
He married Yevgenia Borisovna Gronfein on the 9th of August.

1921‒1925
His most productive period as a writer. Around fifty short stories were published in the journals Krasnaya Nov (Red Virgin Soil) by Alexandr Voronsky and LEF (Left Art Front) and New LEF by Mayakovski.

1925
His marriage was ruined and Yevgenia Babel moved to Paris.

1926
His volume of short stories titled Red Cavalry was published.

1931
His volume of short stories titled Odessa Tales was published.

1932
After several applications he was permitted to travel to Paris to see his wife. He hesitated trying to decide whether to stay or return but finally he returned to the Soviet Union.

1939
He was arrested on May 15th on fabricated accusations (espionage, terrorism, Trotskyism) and was kept in Lubyanka and Butyrka prisons. His manuscripts were taken when he was arrested some of which were destroyed. He became non-existent in the eyes of the Soviet system. His name was deleted from literary encyclopaedias and school notes.

1940
On January 16th, the director of the Soviet secret service, Lavrentiy Pavlovich Beria (1899‒1953) sent a list of 346 names containing the enemies of the Soviet Union to Stalin and requested permission to execute these people. Babel is on the list.

1940
The court sentenced him to death and he was executed by firing squad on the 27th of January.

1954
He was rehabilitated on the 18th of December.

What are his origins?

Isaac Babel was born into to a Jewish trading family in the ghetto of Odessa called Moldavanka. His parents, Manus and Feyga Babel moved to Nikolaev in 1903 but they escaped back to Odessa before the pogrom in 1905. Odessa is often mentioned in his stories later and the city also honoured its famous resident. His memorial was opened in 2011 and a street was also named after him. 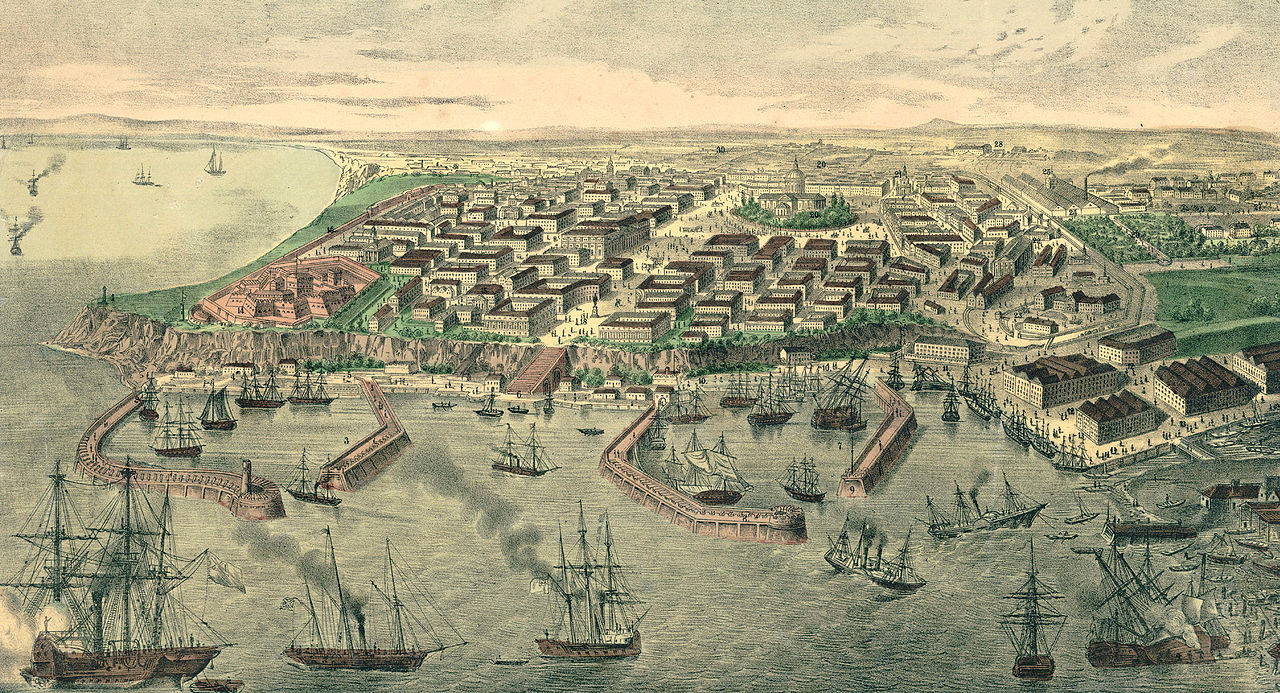 What secondary school education he had?

Originally, he wanted to study at the Nicholas I School of Commerce but he had to pass the requirements of the Jewish quota first. Although he had the appropriate school grades for this, his place was eventually given to another student whose parents got the place by bribery. So he studied as private student with teachers paid by his parents. In addition to the traditional school subjects he learnt Yiddish, Hebrew, English, German, and he also studied the Talmud and learnt music. He also spoke excellent French so much so that he wrote his first short stories in this language when he was 16. Later he discharged his texts written in French as he thought they were weak so they are not preserved. 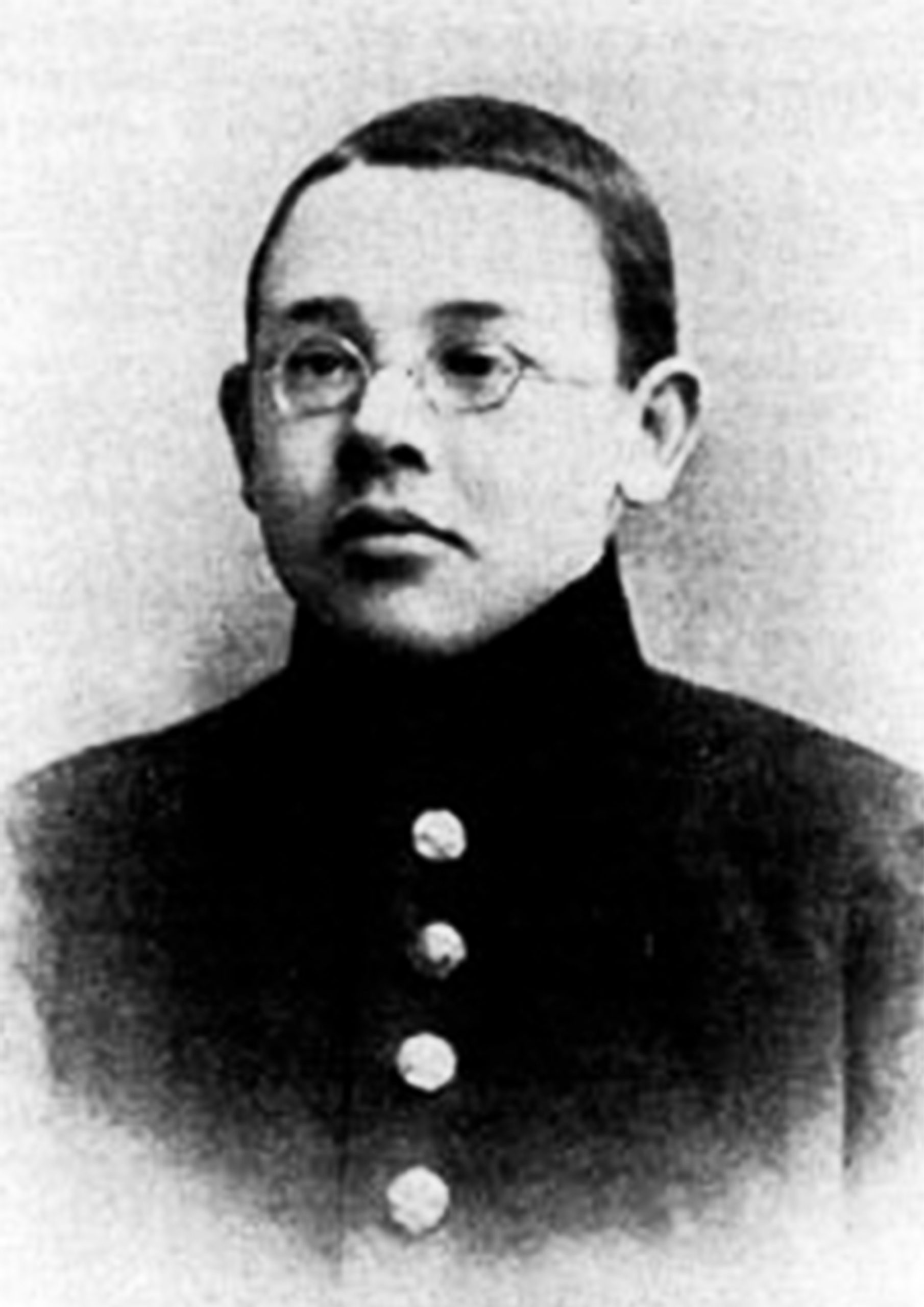 He had a friendship with Maxim Gorky?

Babel went to St. Petersburg in 1916 where he met Maxim Gorky. They became friends and Gorky became Babel’s mentor. This not only provided Babel with opportunities to publish but Gorky also gave him advice both artistically and politically. When they first met, he encouraged Babel to obtain more life experience while when he read the play Maria, recognising that the play was not consistent with the requirements of socialist realism, he did not only share artistic criticism but he also warned his friend that the play might cause “political controversies” which “may be harmful for him personally”. 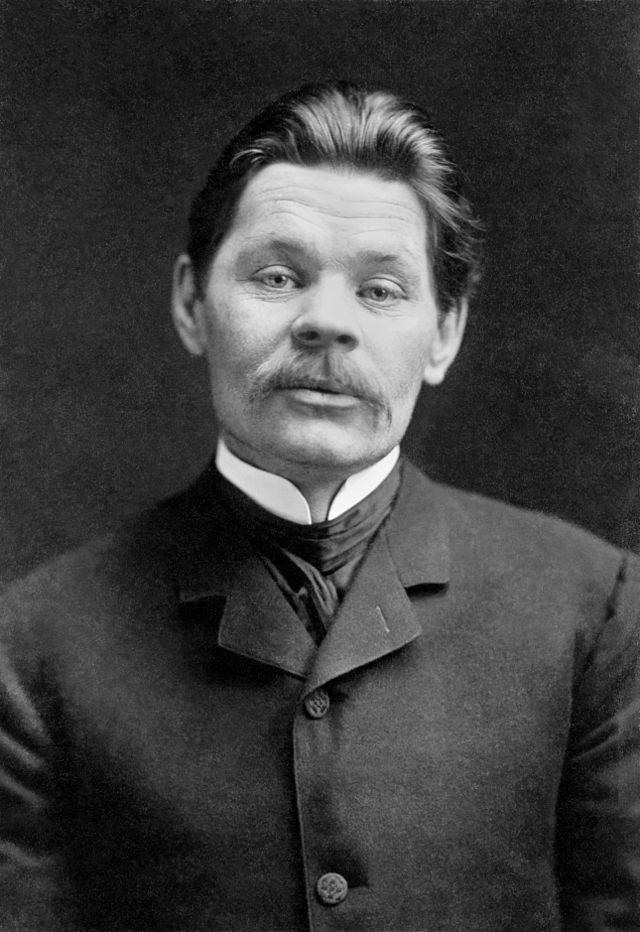 How many wives he had?

Babel officially had one wife, Yevgenia Borisovna Gronfein. They married in 1919 but their marriage went wrong in 1925 because of Babel’s repeated infidelity. Yevgenia moved to Paris and Babel started an affair with Tamara Kashirina who gave birth to his son, Emmanuil Babel. Babel eventually broke up with Kashirina and went back to his wife. Their daughter Nathalie Babel Brown (1929-2005) was born in 1929. She later became an expert and manager of her father’s works.
Babel met Antonia Pirozhkova in 1932 and they moved in together in 1934. Since Babel was officially married, he could not marry Pirozhkova. They were life partners and they also had a daughter Lydia Babel.
Babel’s wife did not know about the other family of the writer and she thought that the announcement of his death was baseless. She was certain that her husband was living somewhere in exile. However, the Soviet establishment took Yevgenia into account. She was visited by Ilya Ehrenburg, Bolshevik revolutionary and historian in Paris in 1956. During this visit she reported her husband’s death but also asked her to sign a document of divorce back dated to before the war. Yevgenia strictly refused to sign this inaccurate document. According to Nathalie Babel Brown, the KGB was behind the request because the Soviet Union would have liked Pirozhkova better as his official widow than the emigrant Yevgenia. Interestingly, both of Babel’s daughters finally moved to the United States and lived their lives there. 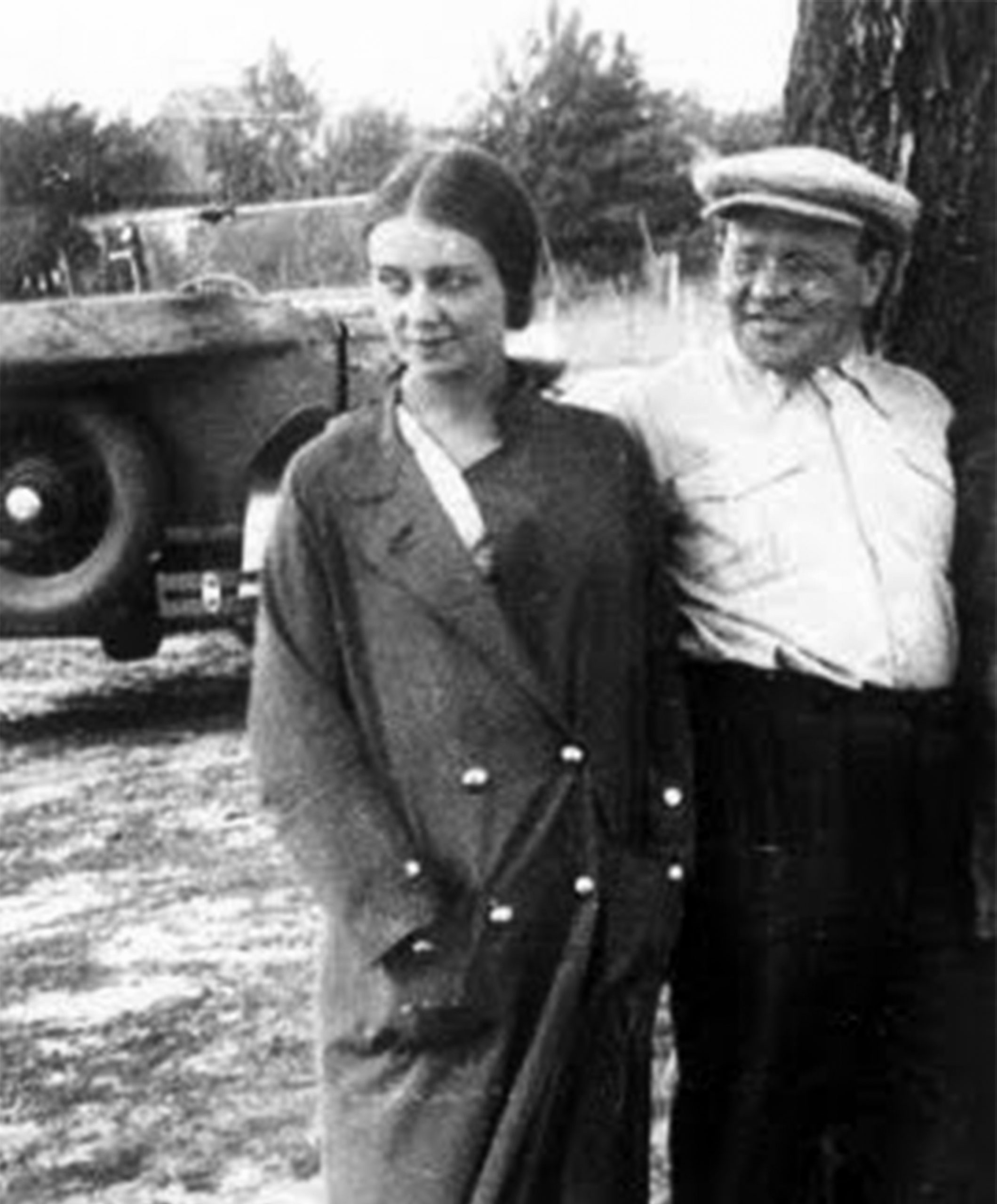 The master of short stories

Most of Babel’s work was destroyed but according to other sources it lies in the depth of Russian archives. Although the texts saved only constitute a larger volume, his choice of themes, his concise, sharp, often brutal descriptions were not appreciated at the time or in the following years.
His volume titled Red Cavalry (1926) is about his experiences of the Polish-Russian war with uncovered brutality. Babel also thought that these stories were a turning point in his career. As he wrote “I only learnt by 1923 how to express my thoughts in a clear and not too long manner. After this I returned to writing.”
Nevertheless, Budyonny under whom he served during the war, demanded that Babel be executed accusing him of “crude, deliberate, and arrogant slander” of the Red Cavalry.
His other significant book, the Odessa Tales (1931) takes the reader to the ghetto of Odessa, the Moldavanka. The major characters of the stories are Jewish gangsters who are part of a criminal organisation under the control of Benya Kirk. 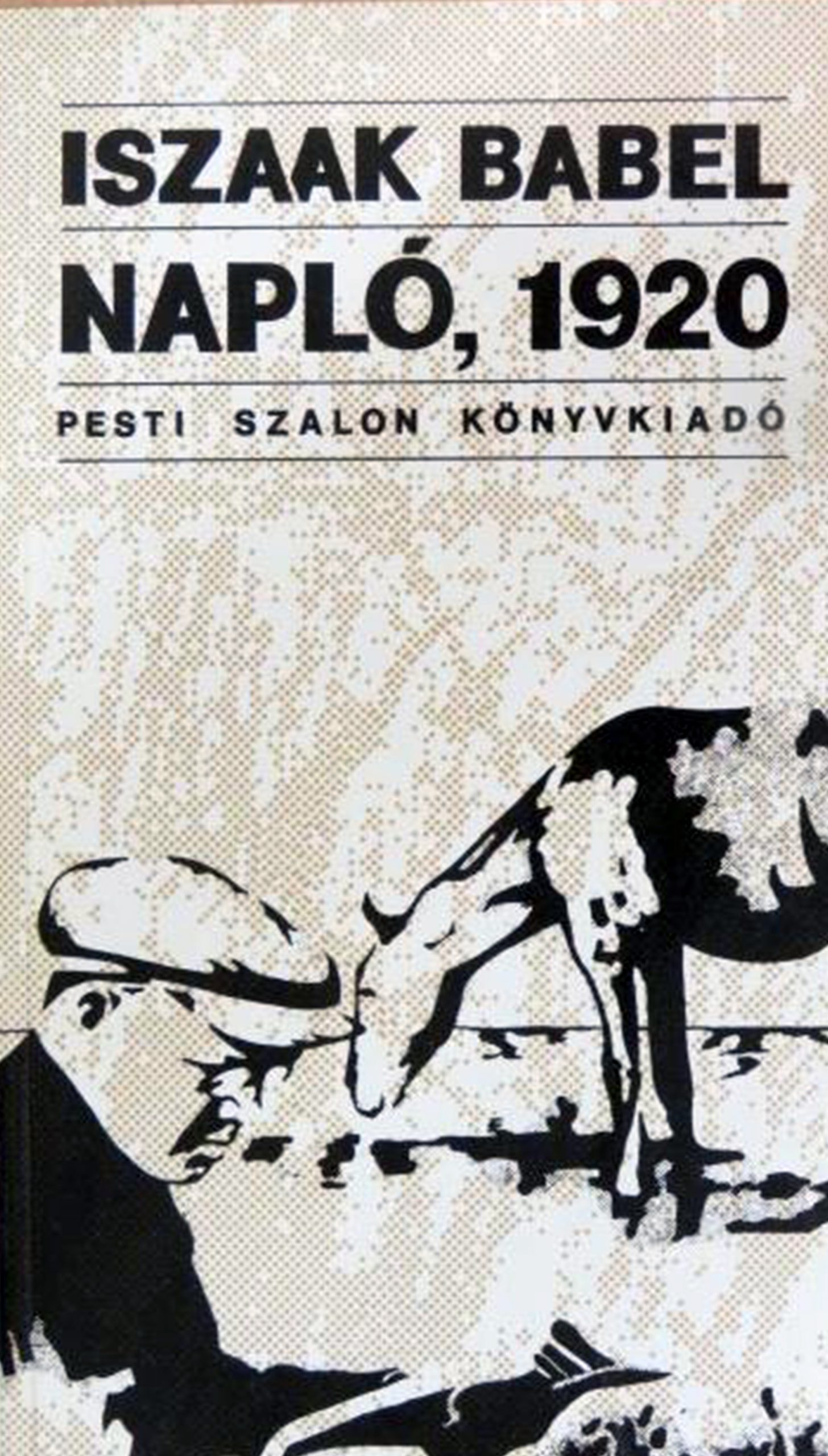 Two of Babels plays have been preserved. The play called Sunset is the theatre adaptation of the Odessa Tales and was performed on stage in 1927 in Odessa where it was controversially received. The positive criticism according to the spirit of the era highlighted the authentic expression of the father-son conflict and its anti-bourgeois attitude. After the premier in Moscow in 1928 critiques however found the aforementioned anti-bourgeois attitude controversial and weak so it was soon removed from the repertoire.
Babel’s other play, Maria however was not even performed in front of an audience. The play written in 1935 would have been performed at the Moscow Art Theatre but it was prohibited by the NKVD (People’s Commissariat for Internal Affairs) during the rehearsals. Although Gorky thought that about the play that Babel “has a Baudleairian attraction to rotting meat”, not allowing the premier was probably linked more to the theme than the style of the play. The play gave an authentic picture of the circumstances of the period: the world of black markets, political corruption, and show trials. 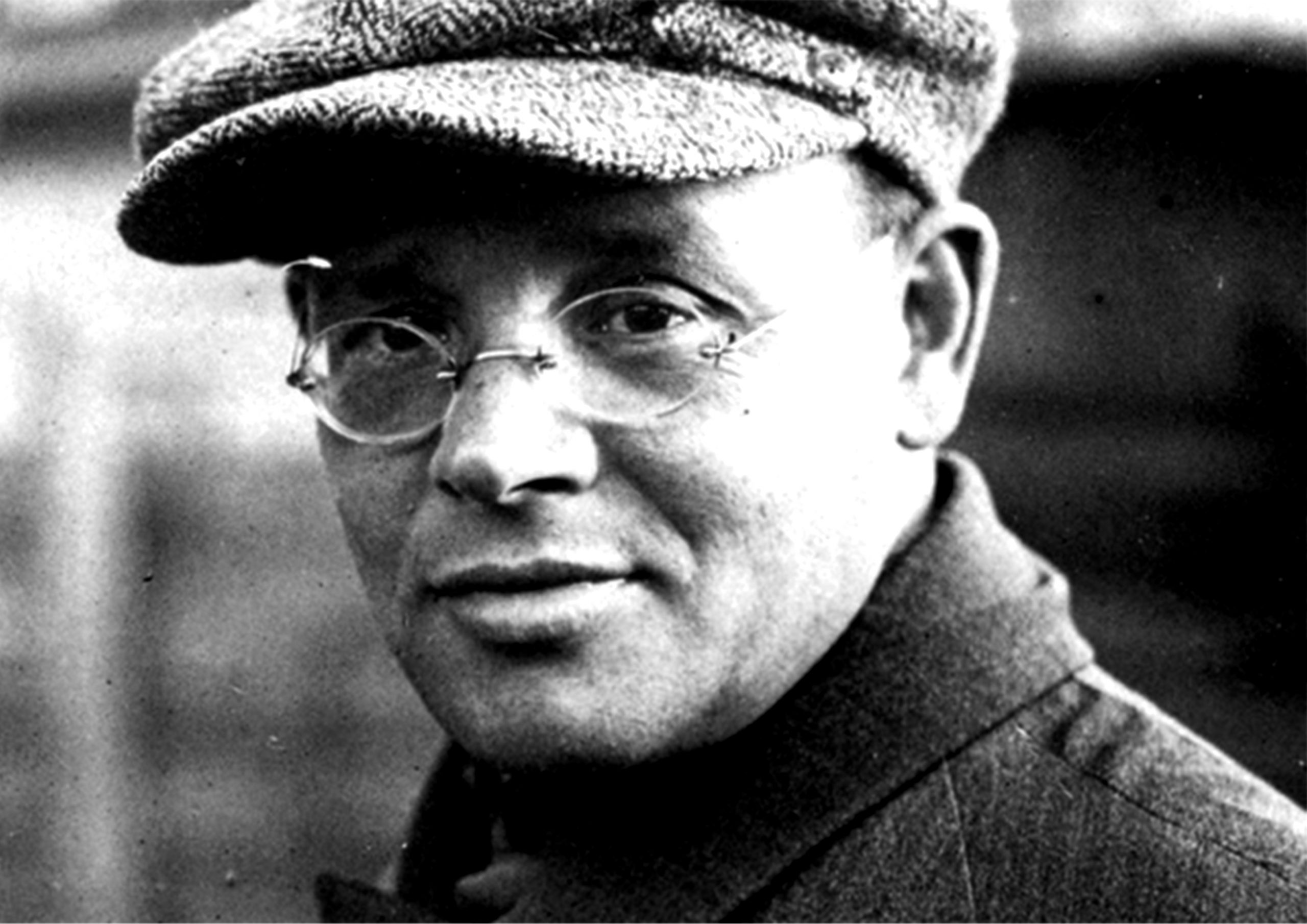 Although his writing was politically controversial, his significance and talent was undoubted even in the Soviet Union. It is somewhat less flattering but Boris Pasternak’s lines written to his father living in emigration give a good picture of the circumstances in the era: “Yesterday I read Sunset, a play by Babel and it was nearly the first time in my life when I felt that the Jewish as an ethnic group is a phenomenon with positive, not problematic significance and power… You should read this important play.”
His play Maria was very popular in Western university circles in the 1960s and it was first played outside Russia at Stanford University in 2004 directed by Carl Weber, a student of Bertold Brecht.
Babel also clearly inspired many writers like Jorge Luis Borges, Hubert Selby, George Saunders, and Philip Roth. 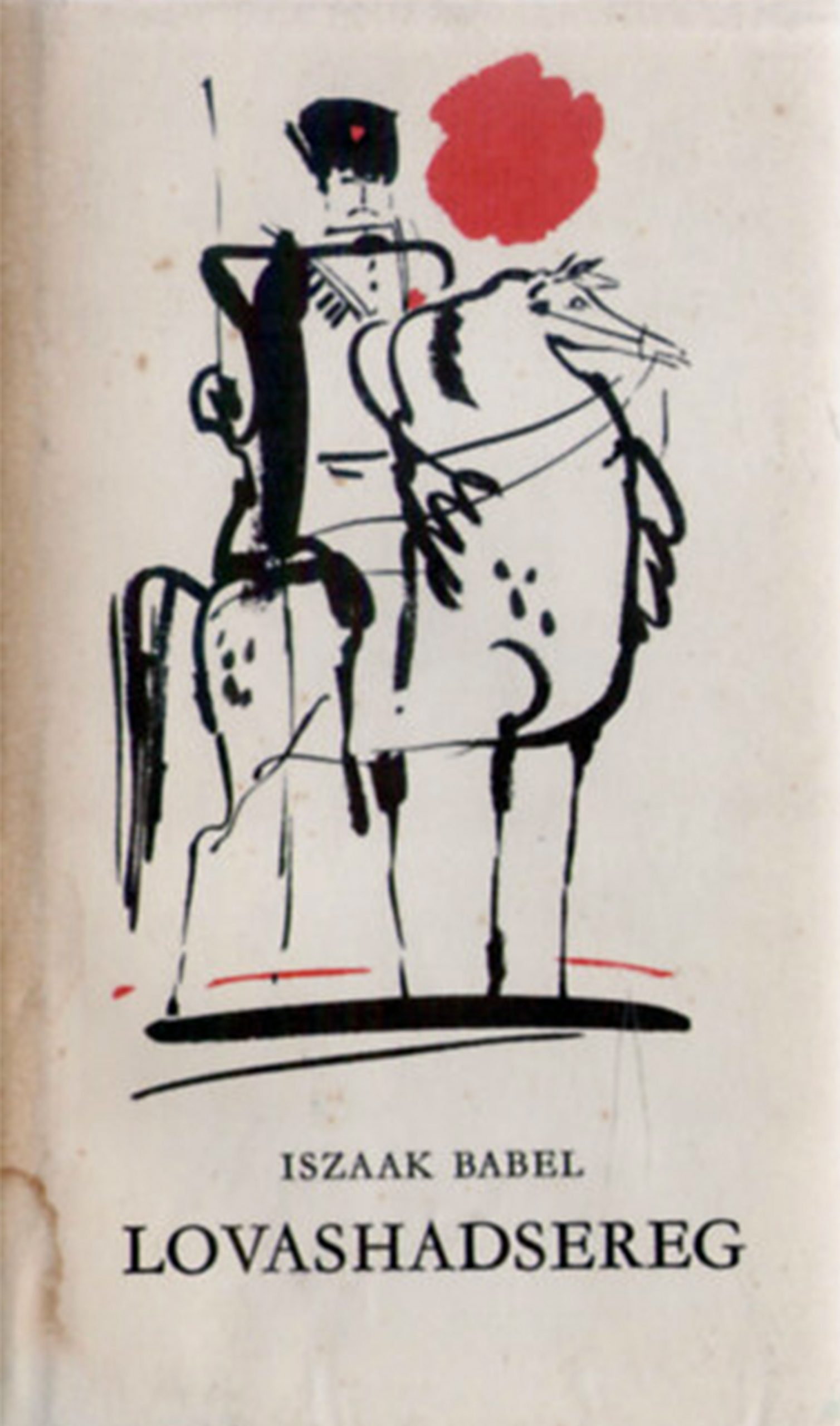 In order to mitigate his financial problems he started to work on screenplays (including propaganda films). He wrote screenplays for several silent films, like Benya Kirk the basic material for which came from his Odessa Tales. The film was presented in early 1927 just like the Wandering Stars based on the novel of the same title by Sholem Aleichem for which Babel also wrote the screenplay.
He also worked on several screenplays in the 1930s (e.g. with Eisenstein in 1936) but finally none of these films were actually made. The exception was the Gorky-trilogy directed by Mark Donskoy for the third part of which he wrote the screenplay but his name was deleted from the credits after he was arrested.

He wrote an article in 1918 in which he expressed his regret for not using Lenin’s economic plan more widely and he also worked on the screenplay of different propaganda films. Nevertheless, one can neither state that he was a propagandist of the system nor that he was against it. The relationship between him and the ruling power was much better explained by the atmosphere of the era and the totalitarian dictatorship of Stalinism. When he was arrested, he was accused of espionage (for Austria and France) and Trotskyism. His correspondence with his wife living in Paris served as evidence for this.
The socialist realism of the 1930 pulled his writing productivity back but he remained the favourite of the system. He was given a house in the writers’ community in the Peredelkino dacha complex near Moscow and he was considered a Soviet writer. So it can be concluded that his execution was due to the spirit of the era and the content of his writing rather than his open or hidden political views. Writing his texts,, he was not driven by rebellion against the system but the authentic representation of reality and his artistic ambitions. His ambivalent assessment is shown by his rehabilitation after Stalin’s death when his writings were published again but the parts where he mentions Trotsky were censored. 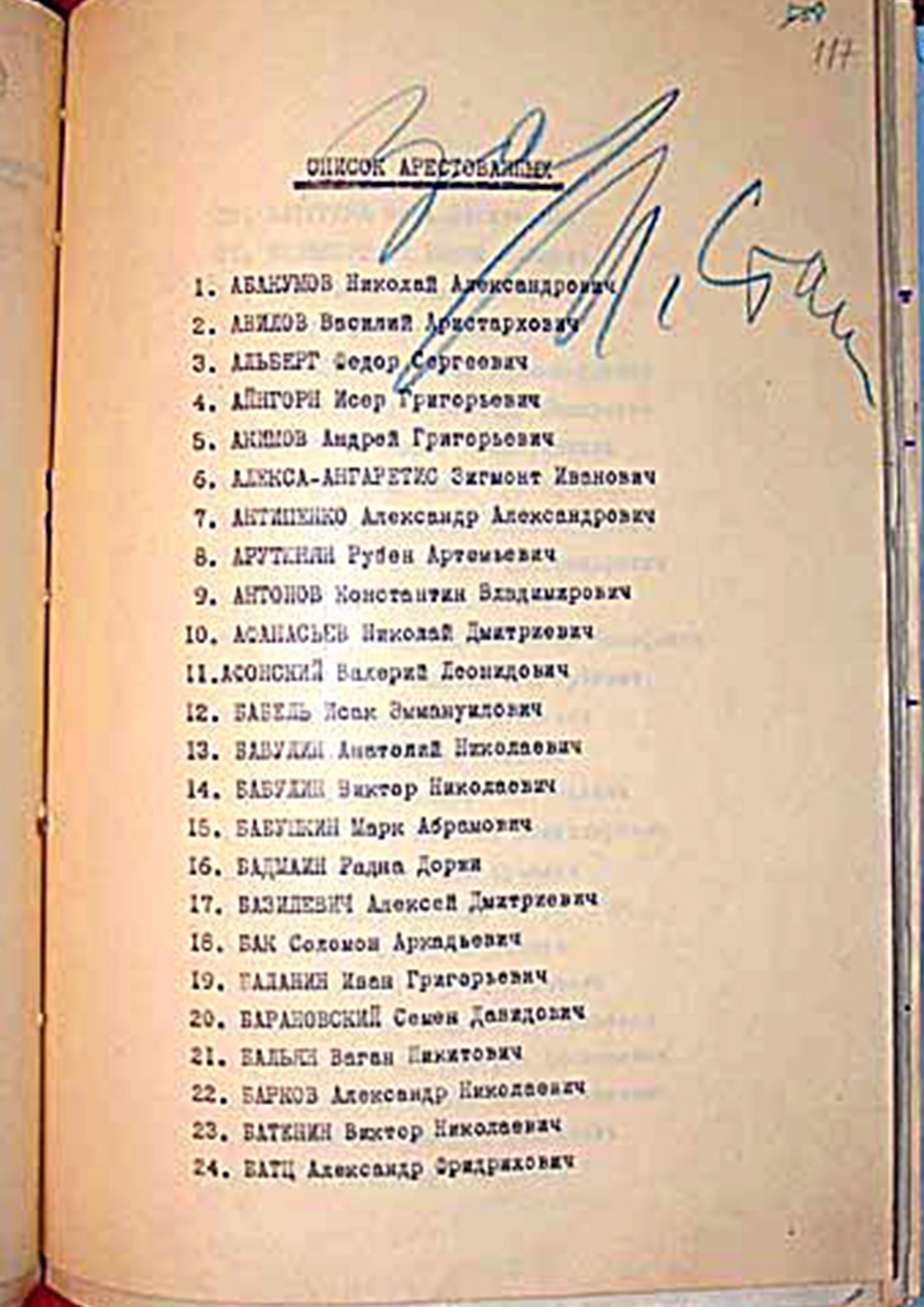