1935
He was born Allan Stewart Konigsberg on the 1st of December in New York; he is of Austrian and Lithuanian descent through his grandparents.

1941
He attended Hebrew school for eight years and went to Midwood High School. His nickname was “Red” because of his hair colour.

1950
He sent his jokes and humorous writings to daily and weekly papers which were a great success, making him a regular contributor.

1951
He started writing humorous texts for well-known performers at the age of 16.

1952
He adopted the name Heywood Allen, and people started to call him Woody.

1953
After his graduation from high school, he attended New York University, studying communication and film. He missed many of his classes and failed his first film exam. He dropped out after one semester and taught himself. He left university and completed his studies at City College of New York later.

1955
He was offered a copywriting job on the television programme The NBC Comedy Hour.

1956
He also worked in the gag team of the Ed Sullivan Show and The Tonight Show. In addition, he was a writer for comedians and worked with comedy writer Neil Simon.

1959
He began performing in a new genre, stand-up comedy, and created jokes for the Candid Camera television show.

1960
He first performed his own stand-up show at a club in Manhattan. He soon became a popular figure in Greenwich Village clubs and university campuses.

1965
He wrote his first screenplay for What’s New, Pussycat?, and also starred in the film.

1966
His first comedy Don’t Drink the Water premiered on Broadway. He wrote short stories for The New Yorker.

1969
His play titled Play It Again, Sam was presented on Broadway, which is his greatest success on the stage so far with more than 450 performances. He appeared on the cover of Life magazine, directed his first film Take the Money and Run, and appeared with a new film almost every year thereafter.

1977
Annie Hall won 4 Oscars, including the ones for Best Direction and Best Original Screenplay.

1979
He was the director of Manhattan, a black and white romantic comedy honouring New York. His subsequent films are more melancholic, more lyrical in tone.

1987
His film Hannah and Her Sisters earned him an Academy Award for Best Original Screenplay.

1992
His partner, Mia Farrow, accused him of molesting their foster daughter, Dylan.

1997
He married his foster daughter, Soon-Yi Previn, and the couple adopted two children.

2001
He was elected a Fellow of the American Academy of Arts and Sciences.

2012
He won the Academy Award for Best Original Screenplay with his film Midnight in Paris.

2014
He received the honorary Golden Globe Cecil B. DeMille Award.

2020
The publication of his autobiography Apropos of Nothing was announced.

Play It Again, Sam has been performed at the Budapest Vígszínház for nearly 40 years

He made his breakthrough on Broadway in 1969 with his play Play It Again, Sam, of which he made a film version three years later. The Vígszínház theatre in Budapest also noticed its success; the play first was performed there in 1983, directed by Péter Valló, starring András Kern. The show has been in the theatre calendar since then, with András Kern holding the Hungarian record for playing a role for the longest period. Kern is also connected to Woody Allen in another way: he is the Hungarian voice of his films, and has lent his voice to the actor in more than 20 cases.

To this day, he writes his scripts on a typewriter

By his own admission, he does not maintain a good relationship with technology. He uses his cell phone for two things: to make phone calls, and to listen to his favourite jazz records anywhere. He had previously carried dozens of vinyl records with him on all his travels before smartphone has made his life much easier in this regard.
He claims that he has never sent an email, does not use a computer to write, and still writes the scripts of his films with a typewriter.

He does not attend Oscar galas

Although he was nominated for an Oscar 24 times, he attended the Academy Award ceremony only once. He justified his decision with the opinion that the Motion Picture Academy does not reward the right people, and films that would not even be worth nominating are awarded. Therefore, he was not particularly excited when Annie Hall was awarded four gold Oscar statuettes.
However, he attended the ceremony in 2002, when he – as a local patriot living in New York City – asked the U.S. film industry to remain loyal to the city despite the terrorist attacks and not to move their productions to another city.

He shot one of his films in Hungary

In 1975, he directed his film Love and Death, which takes the viewers back to the era of the Napoleonic Wars, and its protagonist is a fiery young Russian impersonated by Woody Allen himself, of course. The film features nearly 500 soldiers, but the fee of the extra actors would have taken up most of the budget, so the director figured out that he would shoot the film with Russian soldiers stationed in Hungary, who were very enthusiastic and asked only for cigarettes.

A documentary was made about his relationship with Mia Farrow

The year 1992 brought a break in his career, when his partner, Mia Farrow – a permanent protagonist in Allen’s films – accused him of molesting their foster daughter. The allegations were never substantiated. The director later married another of Farrow’s foster daughters, Soon-Yi Previn, with whom he has had a happy marriage for more than 20 years.
HBO produced a four-part documentary series about the child molestation case titled Allen vs. Farrow which premiered in February 2021.

Take the Money and Run

His first screenplay was written for the film What’s New, Pussycat?, presented in 1965. However, Woody Allen said he was not satisfied with the end result, so he directed his next book himself. In 1966, he rewrote and overdubbed the dialogues of a Japanese spy movie, which resulted in What’s Up, Tiger Lily? His own first film, Take the Money and Run, debuted in 1969 – Allen directed, starred in, and co-wrote the work. Even in his first work, his characteristic features can be noticed: intellectual and dark humour, self-irony, a blundering protagonist constantly involved in absurd adventures, and the theme of love and death.
Take the Money and Run is a mockumentary comedy film. Woody Allen skilfully plays with genre boundaries, portraying its protagonist as if he were a real person and events actually happened to him. The well-known phrase “Please put $50 thousand into this bag and… act natural“ is also uttered in this film.
His first work was so successful that the United Artists film studio offered him a contract for 3 films. His funniest films were made during this period, including Bananas, Sleeper, Love and Death and Everything You Always Wanted to Know About Sex* (*But Were Afraid to Ask).

Jazz has always played an important role in Woody Allen’s life; he has been playing the clarinet since he was a child, and he said that he adopted the name Woody because of his favourite musician, clarinettist Woody Herman. Music is not only his hobby, but also his passion besides filmmaking; he has been performing publicly since the 1960s and has also appeared as a musician on several TV shows. Every Monday for decades, he has been performing with his band, the New Orleans Jazz Band at the Carlyle Hotel in Manhattan, a few minute’s walk from his apartment. Legend has it that Allen did not show up at the awards ceremony when Annie Hall received 4 Oscars because he was just performing somewhere else.
In 1996 they went on a European tour, which was chronicled by the documentary film Wild Man Blues, and in 2007 they gave a sold-out concert at the Papp László Sports Arena in Budapest. They have also played at the Montreal International Jazz Festival.

This is probably Woody Allen’s most successful and most quoted film, for which the Academy awarded Diane Keaton the Oscar for Best Actress in 1977, and Allen received the Oscar for Best Director, Best Original Screenplay, and Best Picture.
His previous films are primarily comedies that build on dark humour and funny dialogues, but Annie Hall is more sensitive, personal, and melodramatic, yet not without humour. In 2000, the film was recognised by the American Film Institute as the fourth funniest comedy.
Woody Allen wrote the film for his then-partner, Diane Keaton, whose original name is Diane Hall, hence the title of the movie. The film is about their love story, which was a breakthrough in the director’s career, proving that his art is not just about “buffoonery” or constant joking. His subsequent film, Manhattan is an ode to his hometown of New York City, hidden in a black-and-white romantic comedy. 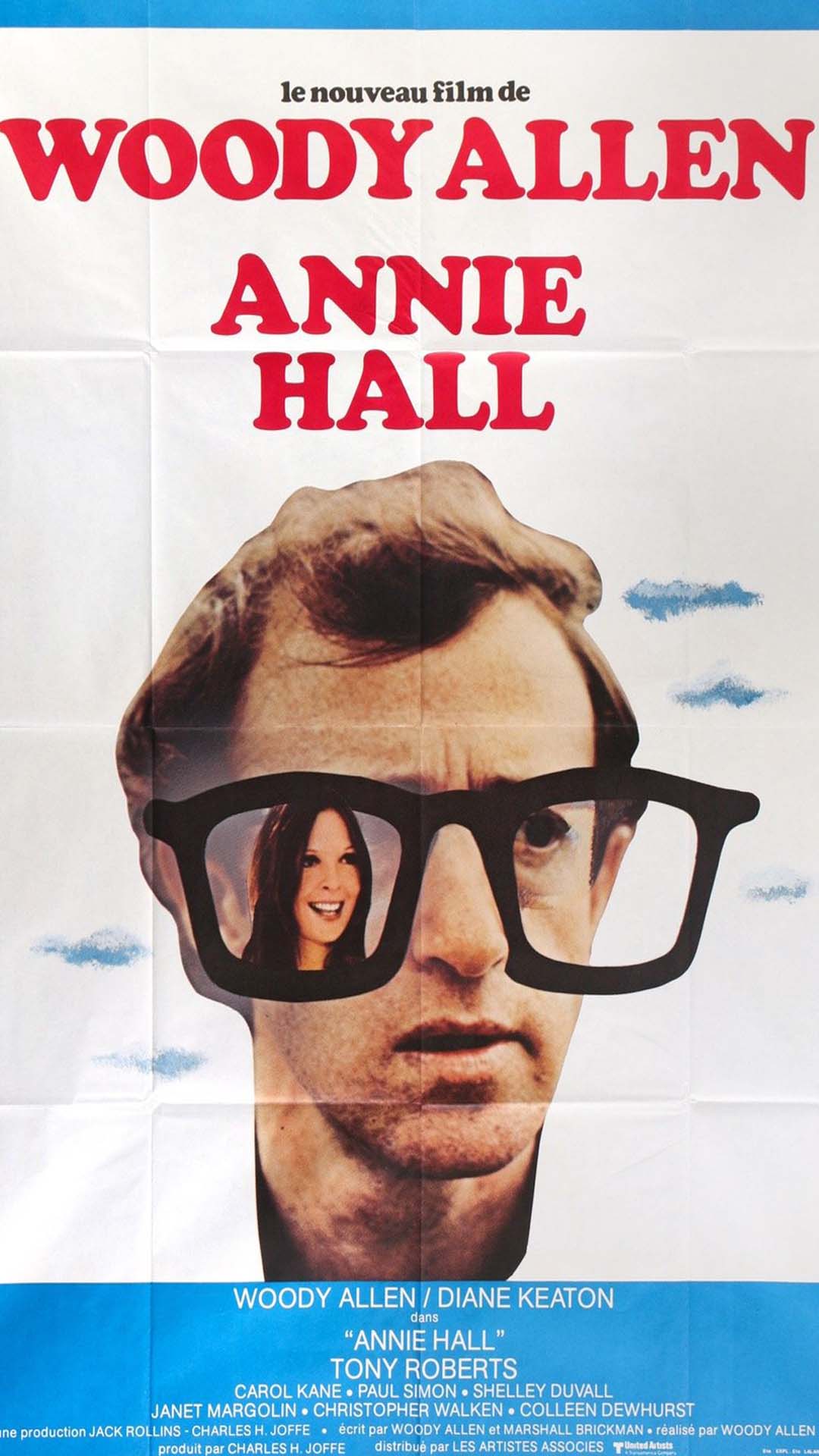 When asked about his ten favourite films, the works Allen mentioned were almost exclusively films by the greatest figures of European auteur film, that is, Fellini, Bergman, and Bunuel. In his films made in the 1980s, the influence of these artists is clearly visible – for example, Stardust Memories pays homage to Fellini’s film 8½. The protagonist of both films is a director who is unable to make his latest film, but while Fellini is characterised by an existentialist worldview, Woody Allen approaches the same subject with humour.
Allen is also a great admirer of the Swedish director Ingmar Bergman; his favourite films by him are Wild Strawberries, The Seventh Seal, and Persona, some of whose settings return as a homage in his films from the 1980s, such as The Purple Rose of Cairo, Hannah and Her Sisters, and Radio Days, which are the director’s deepest, most dramatic, yet subtly humorous films.

In the second half of the 1950s, he was a member of the gag teams of the most popular TV shows, writing texts for Richard Pryor, Bill Cosby, and Bob Hope, among others. According to his own admission, he spent 15 hours a day writing during this period – after breakfast he wrote until night, drinking only coffee and taking a short walk during the day.
In 1960, he made his professional stage debut at a club in Manhattan. He stood out from the crowd of other comedians because he was himself on the stage: he did not have a fictional personality, was not a typical showman character, and was not loud either. He used his characteristic intellectual humour, which the audience did not always understand. Unlike other stand-ups, he did not deal with public or political issues and mainly talked about himself, as well as about universal topics including religion, love, and death. Several books have been published with his writings characterised by his dark sense humour, such as Getting Even and Without Feathers, while Side Effects is a collection of his writings published in The New Yorker.