1856
Sigismund Schlomo Freud was born on 6th May in Freiberg in the Austro-Hungarian Empire, in the Czech Republic today.

1873
Got a degree in Medicine at the Faculty of Medicine of the University of Vienna.

1882
Was a practicing doctor at the General Hospital.

1886
Married Martha Bernays, and they had 6 children.

1899
His work, The Interpretation of Dreams was published.

What personality Freud considered himself?

“I am not at all the man of science, I am neither an observer nor an experimental person, and I am not a thinker. As a person, I am nothing else but a conquistador – or an adventurer, if you want to translate the word – with all the curiosity, audacity and stubborn persistence of such people.” He was the firstborn favorite of his mother, which explains his special and unshakeable confidence, which was the basis of his later success in his opinion. He was not religious, but he preserved his roots. 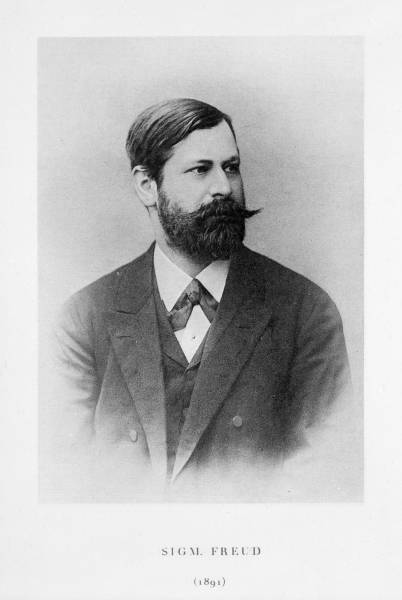 Which hungarian doctors he got in touch with?

Sándor Ferenczi was introduced to Sigmund Freud in Vienna by the internist, Lajos Lévy. Additionally, he knew Imre Hermann, who was one of the founders of the Hungarian Psychoanalytic Association. Mental specialist István Hollós translated some of Freud’s works, and the psychoanalyst worked on his paper about the theory of language: Elevation from the Language of Instincts to Human Speech. 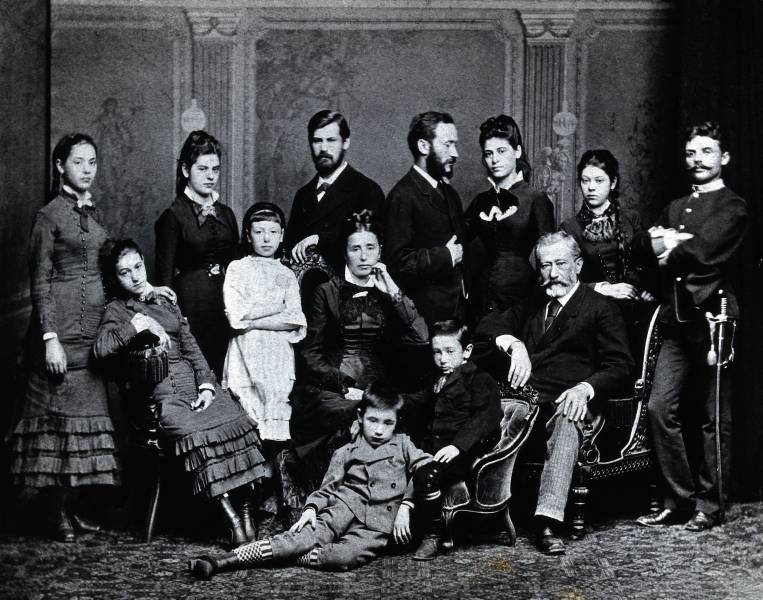 That Freud played a role in the Bat, the operetta of Johann Strauss II?

According to Freud, laughter is an essential condition of capability. Irony and self-irony are essential characteristics of the operetta. The joke may be obscene, aggressive, cynical and sceptic. It also offers a valve to get rid of everyday troubles, or it gives a way out from force of suppression. Many of the librettists and composers were assimilated Jewish people. In The Bat, the Frosch is drunk and tottering to hug Freud and Johann Strauss II. 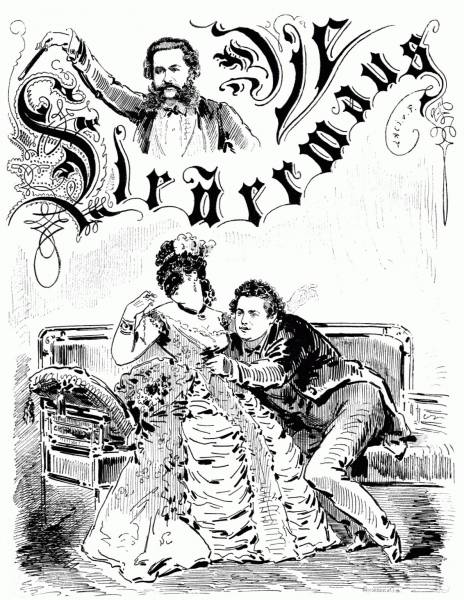 What was Freud’s opinion about the person doing the analysis?

It must not be seen as a privilege of doctors: Psychoanalysis is a way of studying psychology and it must be interesting for the researchers of all mental sciences. It can be learned in one way only, as it is learned by the doctors dealing with it. First, the psychoanalyst must analyze himself several times, which requires one or two years. He must be ethical and must not have a sexual relationship. 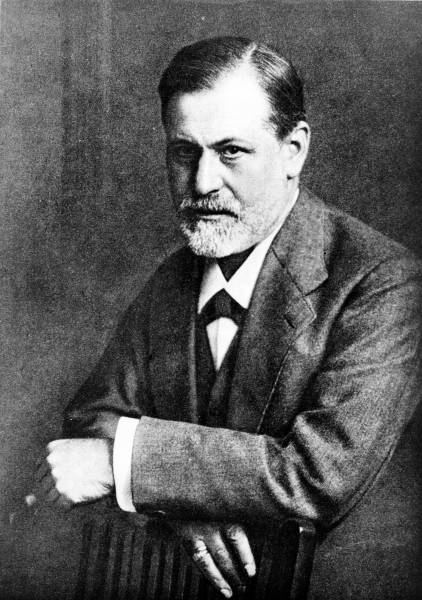 That one of his closest friends was Sándor Ferenczi?

It was an “intimate community of life, emotions and interests” for him. Friendship with the citizen of a “nowhere-country”, the residents of which are fundamentally uneducated barbarous people. He thought: “Hungary, being geographically so close but so far in terms of science from Austria, only presented psychoanalysis with one colleague, but one who is worth an entire association.” He planned the center of the movement to Budapest. 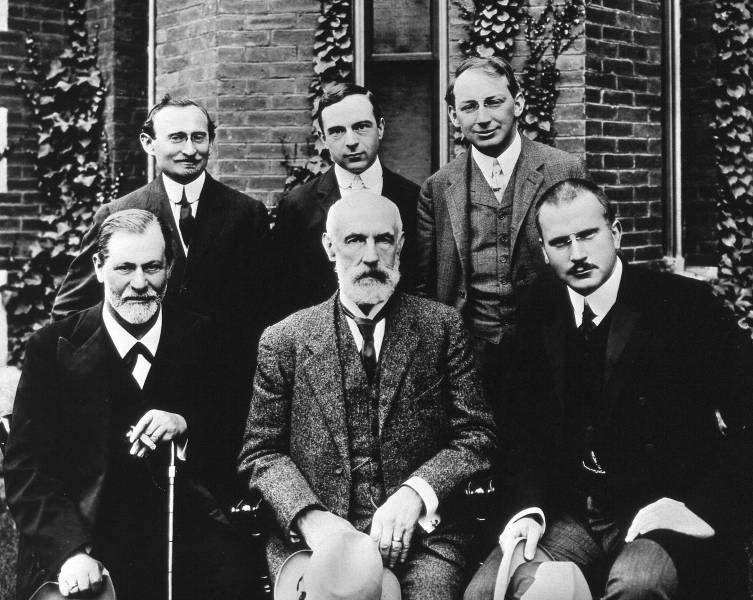 1885: He studied the treatments of psychiatrist Jean-Martin Charcot wit hypnosis on hysteric patients. He started to shape his groundbreaking theory.
1899: His work, The Interpretation of Dreams was published.
1901: His work The psychopathology of everyday life was published.
The existence of the unconscious assumes that the person is a dual, contradictory psychological structure and our character is formed along this duality or this break. What we are formed into comes from the conflict of the contradicting duality of our personality. We try to agree with the contradictions of these two parts. In case of a psychological illness, we cannot manage this and thus we may get an insight into the normally invisible mechanisms of psychological operations.

The doctor and the artist of science

From scientific research, he switches to practising medicine. He paid attention to hysterical people cured with hypnosis: the psychoanalytic method covering the entire field of psychological research was formed from this. The root of the problem must be grasped: childhood traumas may be brought to the surface by the interpretation of dreams and free association. Peaceful and relaxed circumstances must be provided for psychoanalysis. The subject lies on a couch, and the analyst listens to the dreams and free associations. Previously incurable problems become curable by the unconscious contents becoming conscious. The patients can be involved in the curing process, they learn to transcribe, let go of the block making them ill or sometimes even paralysis. Freud kept a diary of his patients. He taught and shared his discoveries. His work has affected all social sciences.

The soul from vienna

Vienna was the living space for second generation, urbanized and assimilating Jewish families. The Austro-Hungarian Empire was bureaucratic and closed. The way to break out for Freud was the medical career giving a profession which could be used anywhere over language, ethnic or religious differences. The psychotherapy of Freud reflects the huge role of remembering in Vienna where everyone was suffering from their memories. We can find a phenomenon from Vienna in the subconscious explored by Freud: public life is characterized by secrets which encourage looking for the latent sense behind every event or statement. When Freud writes about the superego controlling the id, he knows what censored press means. If aggression has a great role in politics and public life, how can the psychologist be sent away from his office? The development of Freud’s work of life was not facilitated by the fact that there were more neurotics in Vienna than in other cities, but that he lived in an environment which preserved the circumstances facilitating the occurrence of neurosis.

The founders of the Psychoanalytic Society in Vienna were Sigmund Freud, Sándor Ferenczi, Otto Rank, Karl Abraham, Ludwig Binswanger, Helene Deutsch, Carl Gustav Jung, Sabina Spielrein, Victor Tausk and Jenő Varga. The members took the new therapeutic method and approach from Vienna to their original or chosen new homes. Freud did not ease his orthodox views. Reducing all emotional experiences like feeling, love, thought and will to sexuality was one of Freud’s greatest mistakes. After Adler and Jung, Rank did not fall behind him. Ferenczi also moved away but they developed the Freudian bases further. The International Psychoanalytic Society was founded in 1910. In the worsening situation, the center was relocated from Vienna to Germany and later to London during World War II. Analysts spreading from Central Europe finally moved to the USA.

Freud wrote at literary levels, the Goethe Prize for professionals in Frankfurt indicated his place in culture in 1930. He was characterized by originality and experience. Psychoanalysis became a new science and culture. His autobiography was translated by the first editor of Nyugat, Ignotus and analyst Vilma Kovács, while his work titled Moses of Michelangelo was translated by Imre Kertész. His most prolific Hungarian translator was Sándor Ferenczi. He wrote over twenty thousand letters to his family members, fellows and colleagues. Most of his correspondence was published.