The digital exhibition at the House of Jewish Excellence in Balatonfüred presents the careers of more than 100 artists. The exhibition “Jews and Art, from Chagall to Spielberg” opened on Sunday evening with a joint Hanukkah candle lighting.

At the opening ceremony, Minister of Innovation and Technology László Palkovics stressed that Hungarian and Jewish cultures are linked by the values created for the benefit of the community and the “freedom-fighting spirit” that characterizes both identities.

In 2018, an exhibition entitled “From Einstein to the Present – Jews and High Tech” was opened in the building, which has now been complemented by a collection of works by great figures from the world of art, including writers, visual artists and musicians, he added.

There is no getting away from the role of Jewish artists and scholars in the life of the nation. The vitality of a community is shown by its creative power, which is reflected in both ordinary and extraordinary achievements. “It is only possible to build and preserve by nurturing and enriching culture,” he said.

He said it was important that as many people as possible should learn about the lives of individuals whose example could be an inspiration for today’s generations.

Filmmaker Gábor Dénes said of the exhibition that “if evil and exclusion” had triumphed over Judaism, there would have been nothing left of what you see here. 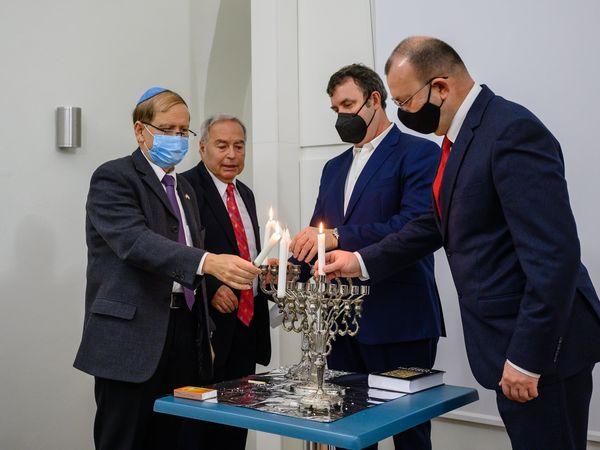